The Brijuni Islands were created by separating from what used to be the landmass of the Istrian peninsula. Brijuni are a wonderful image of nature cultivated by man, with the aim of providing the most pleasant stay possible in the splendor of green vegetation, remarkably cultivated landscape, and scent and vicinity of the sea. Brijuni have been and remain synonymous with the joy of leasure. Not long after World War II, in 1949, the Brijuni Islands became a residence of the then President of the former Yugoslavia, Josip Broz Tito. The hotels were renovated, as well as the parks. Villas were built on the western coast of the Veli Brijun island: the so-called White Villa of 1953, and Brijunka Villa built four years later. A bungalow villa was built on the small island of Vanga as well, and orchards, vineyards and wine cellars found their place in the archipelago too. The island stone preserves footprints of dinosaurs and reptiles from the Mesozoic era, and these phenomena make the locality interesting even from a paleontological point of view. Collections kept by the museums of Brijuni provide insight into archeological, cultural and historical curiosities, and copies of frescoes and documents written in the Glagolitic script have also been preserved. The bulk of the flora is Mediterranean in character. Grasslands and park surfaces also abound. Almost six hundred autochthonous and around eighty allochthonous species have been recorded on the Brijuni Islands. 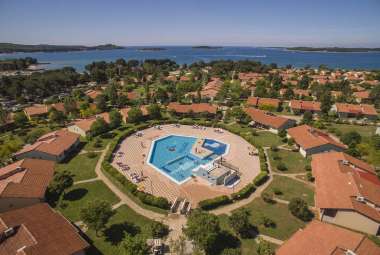 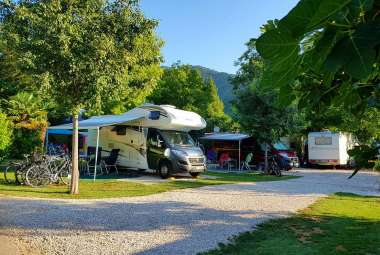