Papuk – a Slavonian mountain. The peaks of Papuk rise from the depths of the former Pannonian Sea, up to almost one thousand meters above sea level. This geologically most diverse area of Croatia is the first and only geopark in the country. It contains rock formations that are remarkably interesting from a geological standpoint. Some rocks are over 400 million years old, and they belong to the oldest rocks in Croatia. The mountain is built of igneous, metamorphic and sedimentary rocks; it is believed that parts of the Tisia tectonic plate located at Papuk constitute the most valuable geological phenomenon in the Pannonian basin. The first Croatian geological monument of nature, called Rupnica, is located on the mountain. Papuk is characterized by endless forest cover, predominantly beech forests. Almost the entire Central European fauna is represented on the mountain. Dense forests of Papuk are a habitat and shelter for red deer, roe deer, wild boar, fox and marten. Papuk waters are intriguing and dynamic. Mountain creeks are home to specific fish species, amphibians, reptiles and aquatic invertebrates. Papuk Nature Park is a world-renowned site of Hallstatt culture. In the early Iron Age (750-300 B.C.), there were many settlements on the southern slopes of Papuk, as witnessed by a number of findings of Hallstatt culture. The freshness of Papuk forests hides the remains of seven ancient cities. Most of the fortresses stem from the 13th century, the period of incursions of the Ottoman army. Papuk Nature Park offers the pleasure of discovering both the mountains and the cascades of Slavonia. A simple wish to travel is all you need to come here, because the area is gentle, and does not require special equipment or skills. Even in its surprises, Slavonia is, first and foremost, a good host. 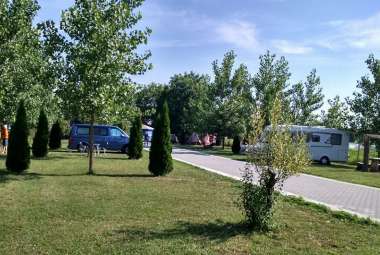